One of the most impressive campaigns of recent times is Queensland’s ‘Best Job in the world’ where the winning “applicant” was flown first class to the Great Barrier Reef from anywhere in the world to ‘care-take’ an island paradise. While traditional advertising and public relations supported the campaign, the real success was won in social media.

Some 34,680 job applications were received from all over the globe, $390 million generated in publicity, Queensland tourism jumped 20% whilst the rest of Australia was down and today 50% of Australian trips include a Queensland component.

Social media is a powerful tool but like anything you really need to know how to make it work to get a measurable result for your brand. 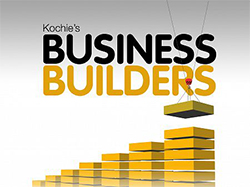 About the Author: Tony